Ah, the life of a wandering minstrel. Some years ago I was in Tuscany when I met a New Yorker in a vineyard. He told me he’d never want to go to Ireland, it was so cold. I told him that people may like to flock to sunny places, but personally I love the wind on my face. He didn’t understand this concept at all, needless to say. I have since then been in Beijing, Cyprus… all manner  of hot places but my Northern blood loves Northern places, and one of the most beautiful in the world is Edinburgh.

Ah, Dunedin, home of ‘the one who got away’ of my youth.  I spent a summer working in Wester Hailes once. Infact, Edinburgh and St Andrews are probably two of the places in my life where I’ve been the happiest. Maybe it’s my Ulster Scots genes: I might have some hidden genetic memory that makes me believe I’m 19 again as soon as I hit Waverly Station. So when I hot Glasgow this Saturday to appear on Ciaran Dorris’s Sunday Show it was nice to be back in the land of crannachan and haggis and I couldn’t wait to hit Edinburgh (sorry, Glaswegians). Mum came with me to make sure I didn’t misbehave (having read how I ended up in a shebeen when Andy, Jo and I went minstrelling in Donegal, where my Irish roots lie). She ended up a guest on the show and her peculiar brand of ‘call a spade an auld shovel’ wisdom earned her a fan following on the show’s Facebook page. You can hear us all on air here.

It would be fair to say we had a great time in Glasgow where we met a grouping of young gay Scottish ghost hunters who kept  us up at night with tales of having pebbles thrown at them by an invisibly, childish entity.

Thanks again to Ciaran and all the guys on the Ciaran Dorris Sunday Show Facebook page. Congratulations to Kristi who won my CD through being a clever clogs! And good luck to Lochlann on your research into accents!

Next day: Edinburgh. I had last been there in October where it was cold enough to cause discomfort to the most wind-loving Celt. But yesterday it was hot, hot, hot. We went to the fabulous Coda Music which is a mini heaven for people who love Celtic and folk music. They will kindly be stocking my CD. I highly recommend visiting if you are in Edinburgh…. It is on the Mound very near the Church of Scotland Assemble where they were voting to allow gay clergy as we dropped off CDs and went into a nice cake shop.

Btw, if Edinburgh is a bit far to go to buy the album you can get it here: 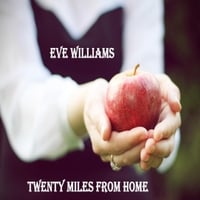 So, music is getting me around the Celtic world at the moment and connecting me with my roots. I wonder where I’ll end up next? Watch this space!